Click on the Apple Music section below to a playlist with these ten songs. Click Play to hear 30 second snippets of them if not subscripbed to Apple Music.

Here are my 10 favourite new 2018 released tracks that I discovered. There is an Apple Music Playlist to listen to them here. 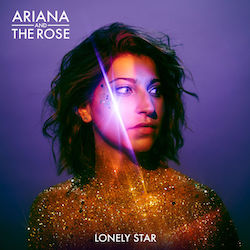 Ariana and the Rose – Lonely Star. 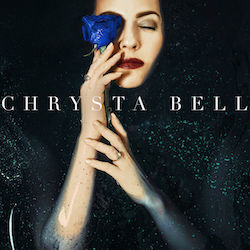 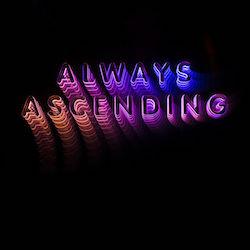 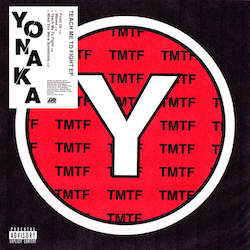 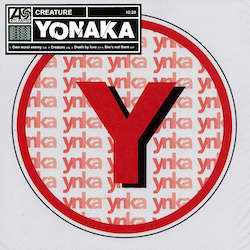 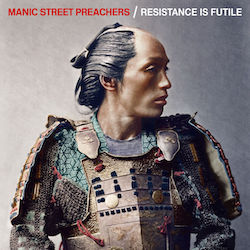 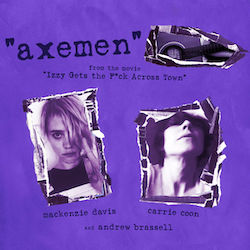 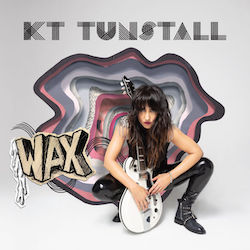 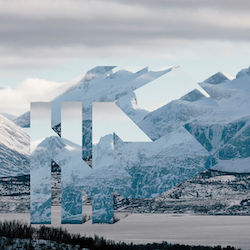 There was a lot of good music released in 2017. Here are my top five albums or EP’s that I discovered. There is an Apple Music Playlist of my top 10 favourite tracks here. 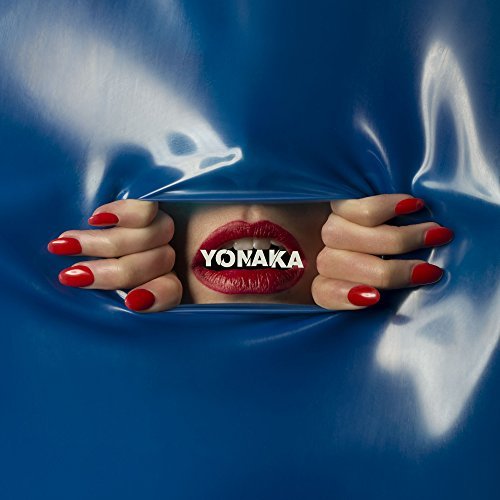 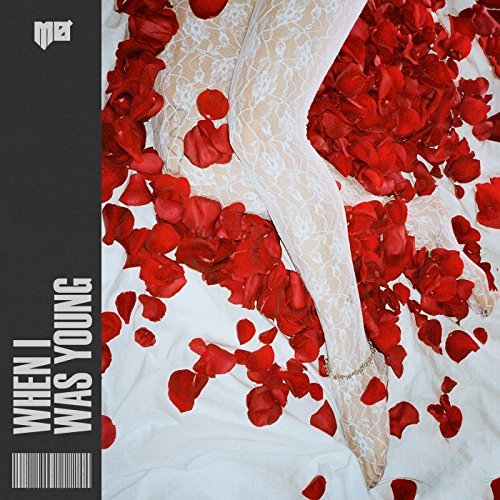 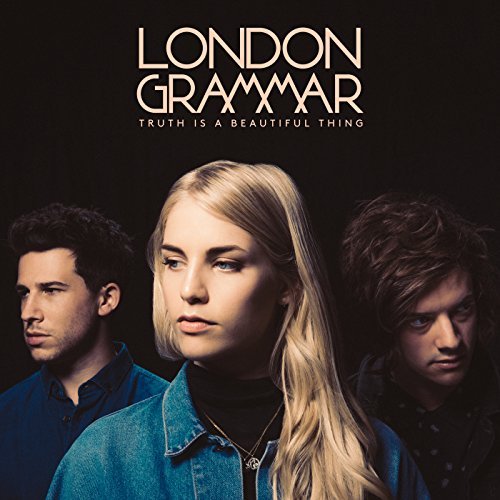 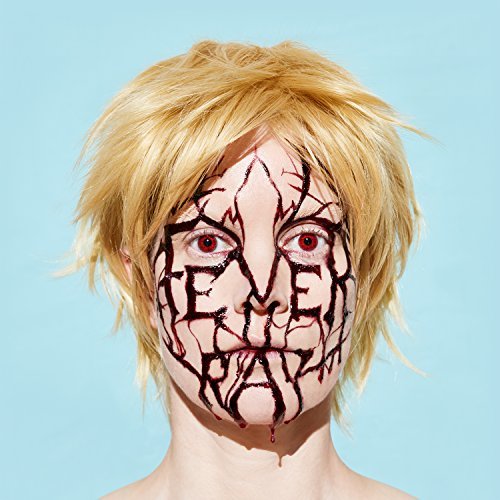 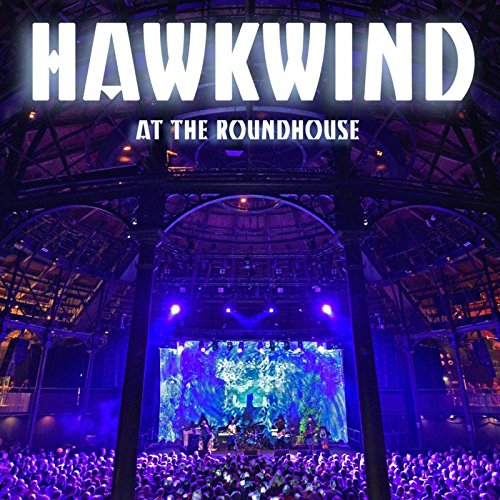 At The Rainbow – Hawkwind.

Here are my favourite new tracks released in 2016.

Interlude: I was Never Here – The Glass Child. Listen on Apple Music or Soundcloud.

Here is an Apple Music Playlist with the 5 tracks.

Like I did this time last year I’m picking my five favourite new tracks from 2015 rather than an album of the year. I have 301 tracks in my 2015 playlist in iTunes. Here are my picks from that selection. I’m not going to say a lot about them. Just go listen via the links to Apple Music, YouTube or Spotify. I’ve created an Apple Music Playlist for the tracks.

Better Than That – Marina and The Diamonds. This won’t surprise many people. Marina and The Diamonds are my favourite artist at present. FROOT made the list last year as it was released in 2014. Better Than That came out in March this year I think. It’s stupendous. The vocal in the middle 8 section is the best singing I’ve heard in a long time. It wasn’t part of the live set when I saw them in Belfast. Maybe because that middle 8 section would be too hard on the voice night after night. If you have a chance to see Marina live then take it. [Apple Music link] [YouTube link]

Rey’s Theme – John Williams & freelance orchestra. This made a late appearance in the year and went straight on to my favourite tracks. Last years list had two tracks from The Hunger Games: Mockingjay Part 1 soundtrack. Just the one soundtrack entry this year. From the new Star Wars: The Force Awakens score. I’ve more or less had this on repeat for a week. Loved the film too. The best of all the Star Wars films in my opinion. More about that in a separate post later. [Apple Music link] [YouTube link]

Northern Lights – Kate Boy. I can’t recall how I discovered this. It may have been a recommendation from Apple Music based on my love of The Knife. I’m glad I did though. I love the sound of Kate Boy. An electronic trio from Sweden and Australia. Very reminiscent of The Knife while also great in their own right and with their own sound. Northern Lights just reaches into my brain and sets it alight. [Apple Music link] [YouTube link]

The Red and The Black – Iron Maiden. Still going strong after all these years. They have a formula and they stick to it. Every now and then that formula conjures up an absolute gem in the rock music pantheon. It happened this year with the track The Red and The Black from their new double album. It’s epic. With harmonised vocals, tempo changes and guitar that will melt your head. And just listen those power chords? Classic. [Apple Music link][Spotify link]

Raw Honey – Du Blonde. I got through 50 weeks of 2015, and my life before that, without ever hearing of Du Blonde. But Twitter saved me when Marina Diamandis tweeted that the Welcome Back to Milk album was her favourite of the year. So I had to listen. She was correct. It is a fabulous album. But Raw Honey is the one that grabbed me the most. It has a Red Hot Chilli Peppers vibe to it in my opinion. And that’s a good thing. Interestingly I discover nearly all new music via Twitter now. From recommendations, musicians following me, and Retweets. [Apple Music link] [YouTube link].

I’m sure some people think this is selling out. And that the current Queen & Adam Lambert tour is as well. I don’t. These songs need to be heard. Having them on TV via advertisements keeps the songs in people’s thoughts, and introduces new listeners to the great tracks.

Similarly, the Queen & Adam Lambert tour gives people a chance to hear the songs live. And Queen songs deserve to be heard live by all.

I usually do an album of the year post around this time. Decided to do favourite tracks this year instead. Just to shake things up a bit. So here are the five favourite music tracks from those I’ve bought this year. Not in any order. With links to Spotify and iTunes.

The Hanging Tree – Jennifer Lawrence. This pick won’t be a surprise if you follow me on Twitter. Sung by Jennifer Lawrence within “The Hunger Games: Mockingjay Part 1” film. Apparently she doesn’t think she can sing, and cried on set before the filming of the scene the song is in. Tried to get the director to allow her to lip sync to Lorde singing the song. Thankfully he refused. She can sing. [Spotify Link – iTunes Link].

Froot – Marina and The Diamonds  Another one that won’t surprise many. I love Marina Diamandis’s voice. She is in a group of three artists that I’ve specifically gone to England to see live. The other two being Queen and Kate Bush. Good company! The new song Froot is the eponymous track from her forthcoming album. It’s being released a track per month from now until April 2015. With the full album getting a release then. [Spotify Link – iTunes Link].

Long Year – The Anchoress. Self styled as revenge pop, The Anchoress is the new project from Catherine Anne Davies. There have been 2 EP’s this year and an album due in 2015. This years releases have been great, but Long Year is the standout track for me. I love the discordant chaos it builds to. The vocal and guitar are define. I met Catherine at a Kate Bush concert in September. She’s awesome, and going to be huge.  [Spotify Link – iTunes Link].

All Dark Places – CMG & Nina Kinert. There a few musicians from whom I buy new releases unheard. Nina Kinert is one of those musicians. She’s been doing a lot of collaborations recently. Has a new solo album in the works. Earlier this year she collaborated with Carl Malmgren on a six track EP. The eponymous track is my favourite. But the whole EP is good. [Spotify Link – iTunes Link].

Air Raid Drill – James Newton Howard. I love lots of orchestral music. All of the modern music of this type that I get exposed to is from film scores. From the original Star Wars score and onwards. The music for “The Hunger Games: Mockingjay Part 1” is fantastic. It’s great as a stand alone piece of music in its own right. The Air Raid Drill track is a joy.  [Spotify Link – iTunes Link].

Another take on making money in the music industry. As an artist.

But here’s the thing.
Those who made a killing from the record business of yesteryear, should count their lucky stars that it ever happened in the first place.

We live in interesting times. Did you know that the Chinese proverb along those lines is actually a curse? Well, if it was ever said at all. No original Chinese source has ever been found.

Anyway, from a music business point of view, we do live in interesting times. After CD sales dropped off a metaphorical cliff a while back, sales have recovered thanks to iTunes. Now it seems that iTunes downloads are on the decline. How are musicians going to make money from their recordings? Lets ignore touring and live revenue streams for the sake of this post.

Common wisdom has it that the reason that iTunes downloads are declining, is due to the rise in popularity of streaming services. The head of Spotify doesn’t agree. In a blog post today he addresses some ideas that are held up as facts by many people when discussing Spotify. Myself included it has to be said. I’ve articulated that Spotify doesn’t pay enough to the artists a lot over the last few years. They have paid out $2 Billion to the rights holders. With half of that in the last year. So the payments are accelerating. If there is a delay in that money getting to the artists, or not getting to them at all, that’s a separate issue and not Spotify’s fault. I have to say the argument in the blog post is compelling. There may be a future where musicians can get a decent revenue return from streaming. Here’s hoping. I won’t be as negative about Spotify in future.

It’s still the case that the maximum revenue a musician can get is from people buying their music¹. And there are novel ways to get people to pay for your music. I got an email today on the Marina and the Diamonds mailing list about her new album. A quote from the email:

My album is made up of 6 colours, each representing a different “Froot”.
I’ve come up with an idea that I hope you’ll love and want to experience together… It’s called “Froot of the Month”.
When you pre-order “FROOT”, I will send you a new track every month up until the album release. So, 6 new “FROOTS” will be dropping in to your inbox over the next 6 months.
Each “Froot of the Month” has it’s own colour, visual world and “Scratch ’N Sniff” scents to explore.

That’s a great idea. Get people to pay up front for the album and send them a track each month for half a year. It builds buzz, and lets fans feel as if they are part of something bigger. I’ll be pre-ordering. The title track is fantastic.

There are other ways to get people to pay for music. Kickstarter has been successful for over 1000 UK based musicians. I backed just one. I’ll back more in future. Some musicians are producing packages around their CD or Vinyl² releases. For example, The Anchoress  whose current release comes with selection of other items, like a romance novel, tied into the subject matter of the song.

I could go on. But I won’t. Bottom line. I hope that musicians can find a way to make money from their art. We all benefit when they do and can focus their efforts on producing more music for us to consume. Pay for your favourite songs. If you don’t you might be cheating your future self out of some great music. And future you might regret it.

Notes:
1. Unless their music gets a ridiculous number of streams on Spotify.
2. Yes Vinyl. No, it doesn’t sound better. Sort your life out!

Was listening to some new music from one of my favourite female vocalists recently and it struck me that we are in a golden age of women vocalists. Maybe it was always the case, but the thought just struck me. I might do a list some time!